The new classroom buildings at Shell Harbour Anglican College have departed from the ‘standard’ form and discipline of previous on site development. The design process embraced collaboration to achieve an optimised final form and to devise a working program which would create a higher value outcome. A rigorous design approach between architect and Cantilever Consulting Engineers relied heavily on a shared vision of the collaborative effort of both parties working towards a common goal and sharing design loads and experiences to inform an outcome. At the heart of the shared vision is a true understanding of getting value for money for the school.
Working with the structure as a guiding principle, the architect specifically used Cantilever Consulting Engineer’s design expertise to dictate and model architectural form based on analysed structural lengths and cantilever properties – the collaborative process started with the largest spanning beam of an initial building layout. This beam size was then used to dictate a maximum cantilever for the smallest building. This set out a series of other cantilevers and building lines. This led to a highly economic, single unified roof structure, working above three intentionally disconnected buildings of varying sizes according to function, skewed along their branch axis. In turn, expanses of roof overhangs have become “common” spaces and amphitheatres, turning utilitarian architecture into something far more dynamic – perhaps even more dynamic than the architect originally intended. This design rigour allowed utilisation of standard structural steel sizes throughout, creating an economical build, a streamlined design with highly standardised architectural detailing, and absolute programming benefits for the client. 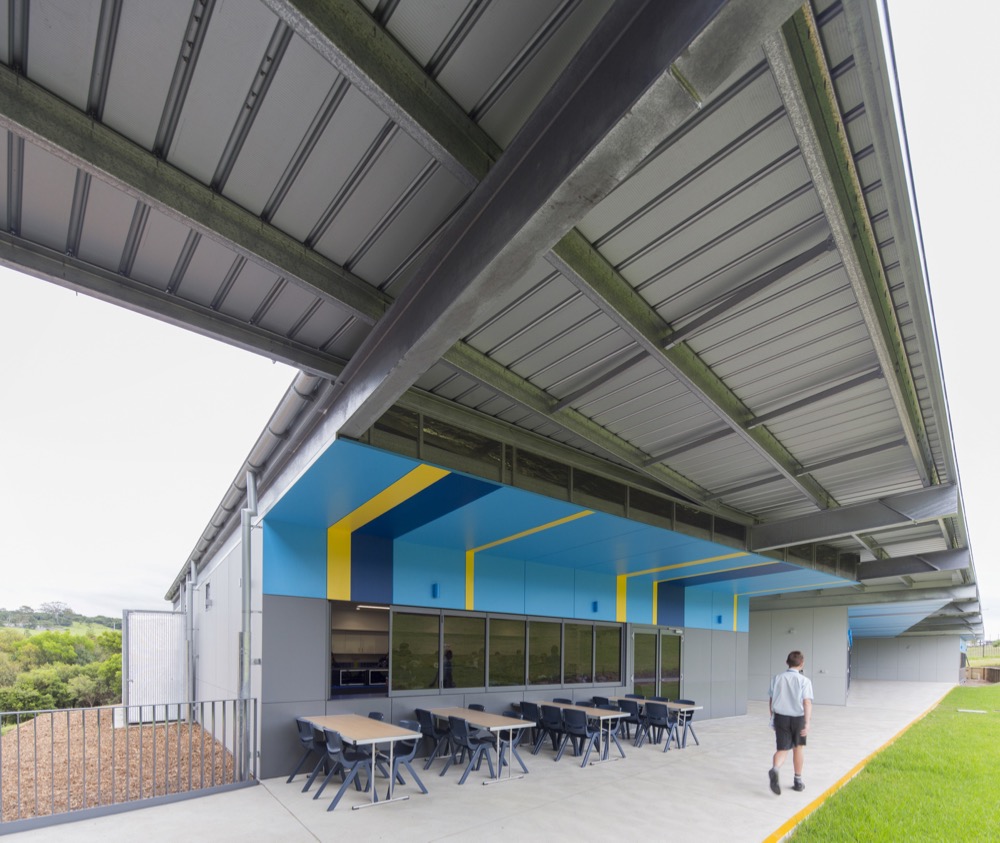 Cantilever Consulting Engineer's design expertise at the start of the design process has ensured the success and scale of the amphitheatre steps and portico as a defined presence. This new model has shown that a more dynamic and vibrant solution can be achieved while maintaining a strict budget bottom line and construction time. Terroir and Cantilever Consulting Engineer’s shared previous experiences allowed a seamless design process, further enhancing the economic viability of the final outcome. Cantilever Consulting Engineers have been an integral and crucial part of the team, providing perspective, knowledge and solutions which work seamlessly alongside the architectural intent and the educational directives of the client. 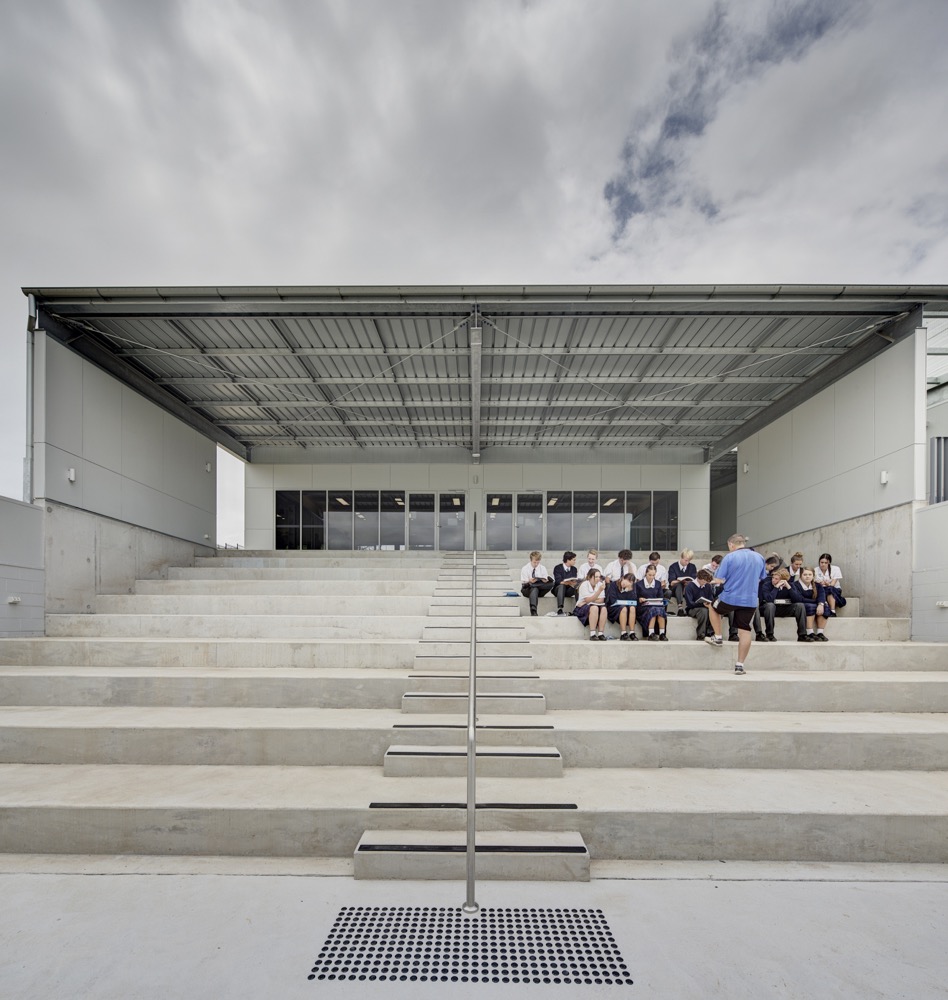 Collaboration was at the very heart of this project from the start. Cantilever Consulting Engineers and the architect worked closely together as a partnership to model, analyse and design the building. The structure would absolutely define the architectural form, and collaboration between engineer and architect was critical to establishing the design typology upfront. 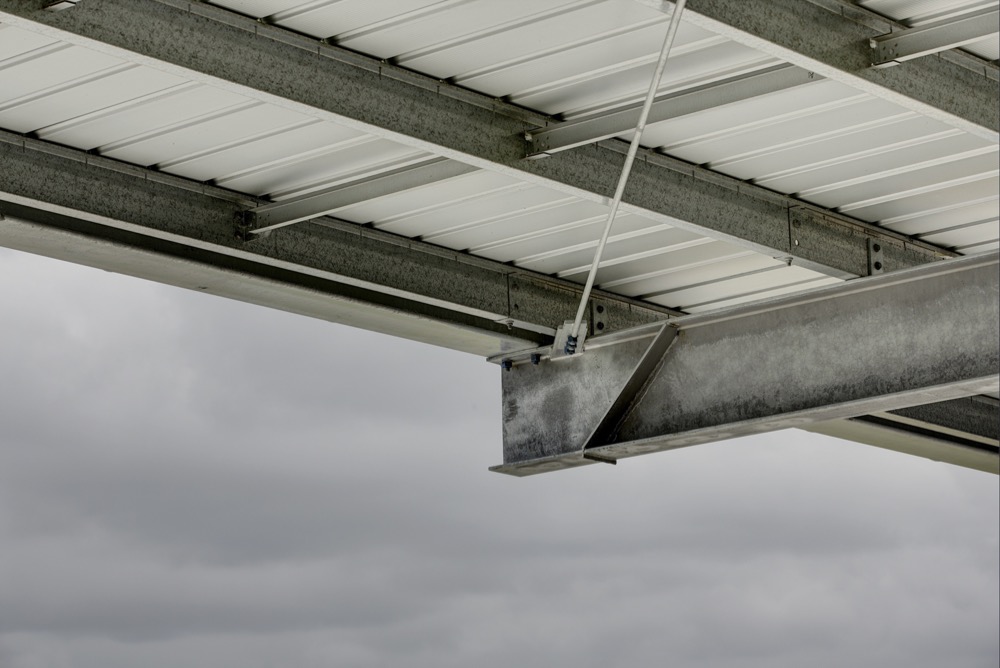 In order to address each of the specific functional and operational requirements of three disconnected buildings – Drama, Food Technology and Music, the architectural plan was to separate the 3 departments physically. By doing this they were able to treat each building as an isolated element, and while there were financial concerns about the budget and how additional external materials would impact the very tight budget, it was shown that by separating the buildings there would be less management of acoustics and other environmental factors, thus neutralizing the impact of the separation. 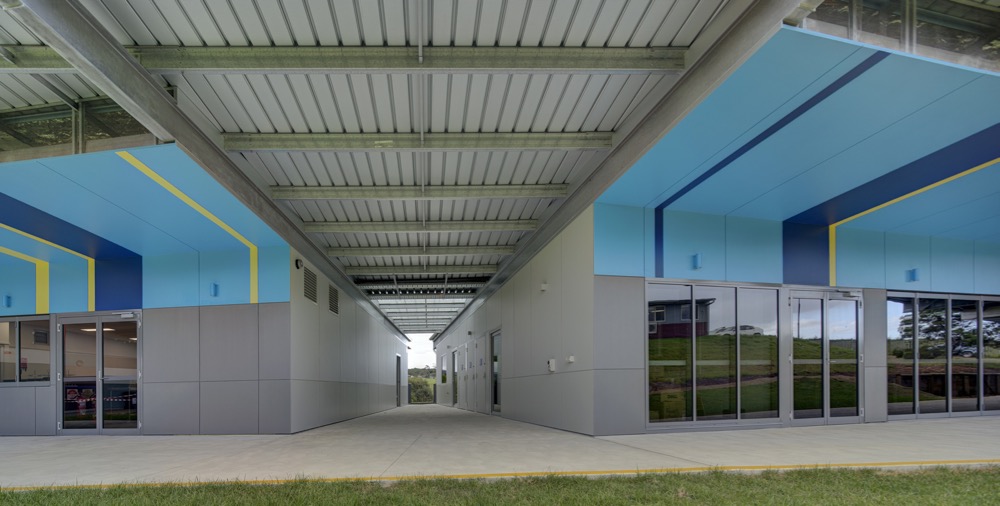 Working closely from the beginning of the project, the architect and Cantilever Consulting Engineers have created an environment of inquiry and creative problem solving to gain maximum output for the client. By collaborating closely from the very beginning, the framework for the planning of these buildings could be informed by any structural – and therefore financial – constraints. Joint partnership design sessions during concept design and design development stages forged a tightly woven design response. Multiple design options could be fully analysed and presented to the client quickly, with full costings from Cantilever Consulting Engineers as part of that package, so that all options could be explored and agreed to or dismissed without taking time out of a tight design and construction timeframe. Collaborative success is in the strategic and close design relationship gained by working with the engineer from the start of the project.
Cantilever’s input was requested at preDA stages, their input forming an integral component of the final design proposal, through to commenting on QS reports and involvement in all design meetings. Information was presented in various formats including sketches, full CAD documentation, 3D renderings and 3D structural analysis, reports and open discussion. Coordinating outputs from the very initial stages allowed a comprehensive streamlining of information sharing and had a direct positive impact on the different project phases, tender process, construction phase and final construction costs. Structural analysis software was used extensively to compare and contrast various models to both client and architect. These visual tools describe where words, technical information and reports cannot, and further enhance the dynamics of the working relationships, explicitly describing the transparency and commitment of the team to a combined outcome.
When a collaboration is successful, each team member feels empowered, enthused by the collective gain of achieving a grand result, of being a part of something that has meaning and reaches its intent. The new school buildings at Shellharbour achieve success as a direct result of collaboration in a number of ways. The Architect has successfully steered a highly cost effective, quick build of new school buildings which add a dynamic and increased spatial element to an existing school. So much so that their design ideology will now be implemented across the TASC design guidelines as a bench mark in planning and execution for similar school projects. Cantilever Consulting Engineers have played an integral role in the formulation of a cohesive, restrained and economic structure which has an absolute clarity and presence in the landscape. The client has now gained an important and pivotal link in their school campus, one which emphasises a direction focused on community, togetherness and interdisciplinary activity for its school community. It has gained a set of buildings which describe a landscape, accentuate the land on which they are placed, and provide a true sense of place for its students. The successful navigation of manipulating a very basic, semi industrial architectural precedent on the campus to become something ‘more’ while still ‘the same’ has been a direct result of the close collaboration between architect, engineer and client.
As this team continues to work together, they bring forward their collective knowledge to future projects for this client, ensuring a known outcome built on trust and reciprocation of ideas and intent.
Cantilever Consulting Engineers  were delighted to take home the DArch Horse Awards in 2014 for Consultant of The Year, nominated by the Terroir Architects [along with Day Bukh Architects and Tribe Studio] as part of the collaborative partnership  – a true testimony of the success of the team.